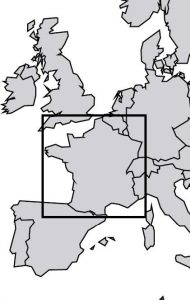 Situation Summary. With the commencement of EURO 2016 there have been a number of incidents involving rival England, Russia and France supporters. Confusing and sometimes conflicting reports mean blame is difficult to apportion and details surrounding the incidents remain confused. In summary:

Solace Global Comment. Along with making arrests, French police reacted to some of the more serious disorder by using tear gas and water cannon. Some fans have complained they were heavy handed and the Police have also been criticised over their policing strategy. Both the French government and UEFA are under pressure to avoid more trouble. UEFA has promised to strengthen security and fan segregation inside Marseille stadium following the incident. The French government urged host cities to ban alcohol near venues to prevent further violence.

Practical Travel Advice. In general travellers to France should plan their travel in advance; arrive early in anticipation of increased security at border crossing points, transport hubs and EURO 2016 venues. If specifically visiting EURO 2016, maintain vigilance at all times. Limit alcohol intake and exercise particular caution in areas where rival fans remain in close proximity.  There is potential for violence to flare up with little or no notice. Some football fans are choosing not to wear national football shirts outside of venues in order to maintain a low profile and minimise the risk of targeting by rival fans.