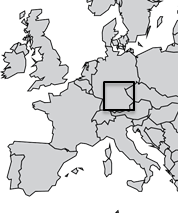 Situation Summary. On the 22nd July 2016 a lone gunman started shooting outside a McDonald’s at the Olympia mall in Munich. At least 9 people were killed and a further 21 were wounded. Police had initially thought that there were three attackers, sparking a heavy police operation however only one attacker has been confirmed. The attacker was later found dead in a side street appearing to have committed suicide. The motives of the attack are unclear and no group has claimed responsibility. Police closed public transport during that attack which has now reopened.

Intrinsic Comment. The method of attack is in line with previous tactics employed by so-called “lone-wolf” terrorists. There have been a series of terrorist incidents involving lone attackers in recent weeks. The attack follows an attack on a German train in which passengers were stabbed and an attack in Nice where a truck was driven through a large crowd, in both incidents the attacker seemingly acted alone. In June a similar attack took place in the US when a lone attacker killed 49 people after opening fire inside a nightclub. The attack is the latest in a long history of “lone-wolf” and “active shooter” attacks;

General Security Advice – Mass Shootings Incidents. Mass shootings and “lone-wolf” attacks are increasingly common. It is advisable to be informed of sensible actions which can be undertaken to improve safety. If in a location where gunfire or explosions are heard, leave the area or building by any safe and available exit immediately. If unable to do so, find suitable cover or barricade yourself in a room. Inform emergency services or someone who is able to do it for you. Once police arrive, comply with their instructions and do not make any sudden movements.

RUN HIDE TELL Guidance – The United Kingdom Government currently advises those caught up in incidents of this nature to adopt the RUN HIDE TELL guidance.  See full details at this Link.