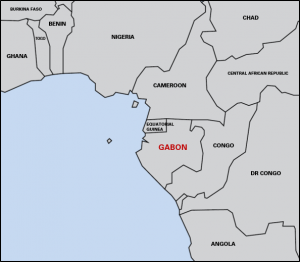 Gabon had been known as one of the more stable countries in Western Africa, however the recent political issues have now changed this view. The current president, Ali Bongo, was elected in 2009 following electoral violence, and has held office since. Bongo’s political manoeuvring came to a head in the recent 2016 election where he declared himself the winner after earning just 6,000 more votes than Jean Ping, the opposition candidate. Following this result, thousands of people took to the streets to voice their anger at what they thought was a rigged election with Ping also declaring himself the victor.

The ensuing protests have led to police making over 1,000 arrests and leaving several people dead in the chaos. The National Assembly building was attacked and set on fire with its main gate torn down. Both pro- and anti-Bongo media outlets have also been targeted by opposing sides. The Gabonese capital, Libreville, has been without internet for almost a week.

While the country has reached a level of peace, there is a sincere likelihood of violence re-erupting in the coming days and weeks, as the implications of the vote become clearer. The Bongo family have ruled Gabon since 1968 with an iron fist and have repressed democratic rights. The role of the US and France (who have 450 troops stationed in Gabon) may prove decisive in Gabon’s future. Ping has called for EU monitors to be allowed into the country to conduct a recount but both the EU and Bongo have not commented on such an idea.

Libreville has seen the worst of the unrest; it is therefore advised to avoid all but necessary journeys to the capital during this period. Protests are widespread and are likely to occur around the country. Visitors to Gabon should avoid large crowds at all time and stay away from likely areas (such as political zones) where protests may occur as they are likely to turn violent. Police checks have increased and other harsher security measures are expected. If in Gabon, it is important that visitors stay abreast of news developments and have an evacuation plan in place as the situation may deteriorate rapidly.

If travelling to Gabon in the short- or medium-term, Solace Global advises customers to employ a security driver and executive protection.