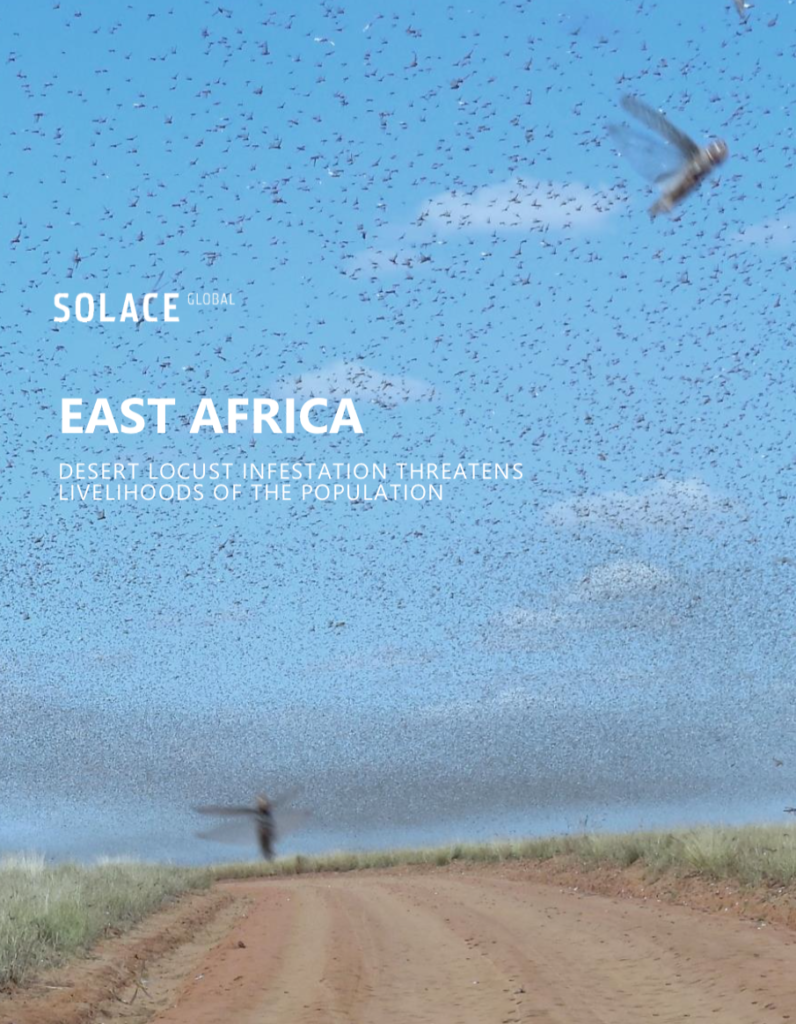 On 10 February, the Ugandan government announced the deployment of military personnel to aid in the fight against the locust swarm that has been recently sighted within the country. Hundreds of spraying devices have been distributed in the six affected districts to spread thousands of litres of chemical insecticide to attempt to restrict the insect’s expansion and manage the crisis ahead of the harvesting season.

The locusts have also crossed into Pakistan from Iran during the summer of 2019 and have grown exponentially since, forcing Prime Minister Imran Khan to declare a state of emergency on 1 February 2020. The Somalian government also declared a state of emergency the following day, seeking to gather funds and support ahead of the second wave of locusts, which are expected to hatch between March and April.