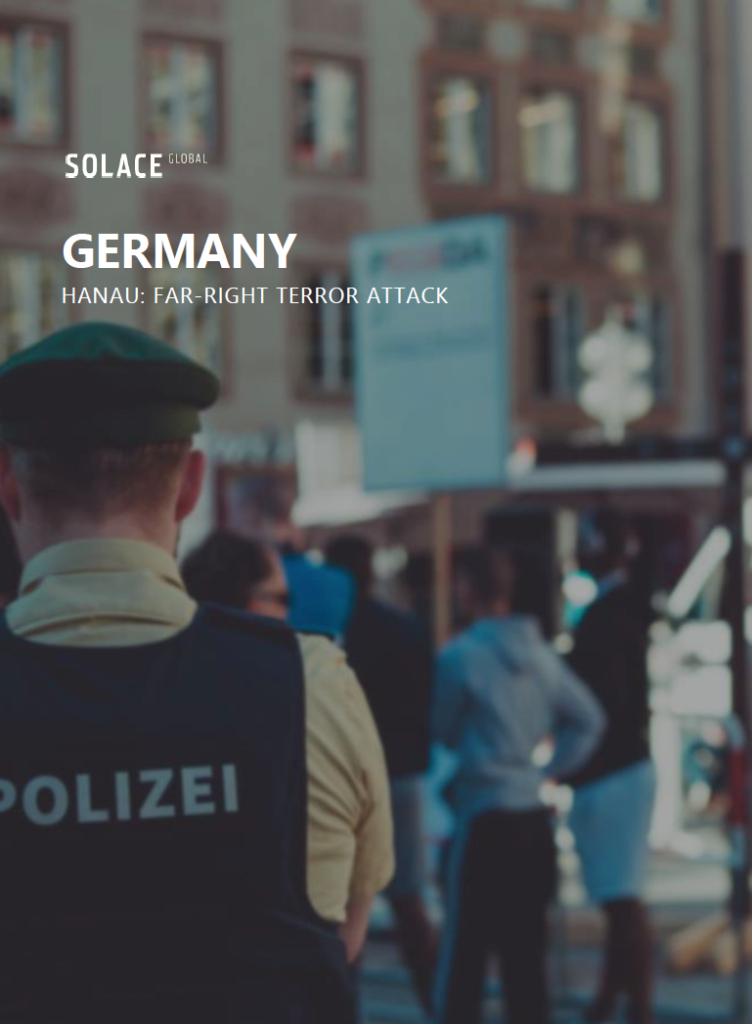 At approximately 22:00 local time on Wednesday, 19 February, a lone gunman launched two deadly attacks targeting Shisha bars in Hanau, Hesse, a commuter town roughly 25 kilometres east of Frankfurt, killing at least nine people and seriously injuring several others. The shootings triggered a large-scale police response operation and a seven-hour manhunt while officers searched for what they initially believed could have been multiple assailants. A single suspect was later identified, found dead at his home, along with the body of a second person.

At the time of writing, the motive for the attacks remains unclear. The shooter is, however, understood to have allegedly left material expressing far-right extremist views, as well as a suicide letter and video claiming responsibility. Additionally, the attack targeted two shisha bars predominantly frequented by Kurdish or Turkish clients, supporting the hypothesis of a targeted attack. As of Thursday, 20 February, federal prosecutors have taken charge of the investigation amid the reports of a possible terrorist motive.