Travelling to the Americas? Concerned about Zika?

Travelling to the Americas? Concerned about Zika?

A disease linked to the Zika virus in the Americas now presents a global public health emergency.  Pregnant women in particular are advised not to travel to areas where there are current outbreaks of the virus.

In the meantime, our multilingual teams of assistance, medical and travel experts are ready and waiting to help if you are adversely affected by the virus – drawing on our 40 years’ experience and trusted network of partners all over the Americas and beyond. 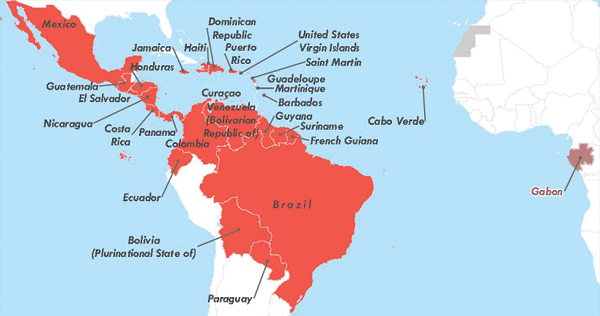 History of the Virus

The virus was isolated for the first time in 1947, in the Zika forest in Uganda. Since then, it has remained mainly in Africa, with small and sporadic outbreaks in Asia. In 2007, a major epidemic was reported on the island of Yap (Micronesia), where nearly 75% of the population was infected.

On 3 March 2014, Chile confirmed a case of indigenous transmission of the Zika virus on Easter Island, where it continued to be detected until June 2014.

In May 2015, the public health authorities of Brazil confirmed the transmission of the virus in the northeast of the country. Since October 2015, other countries and territories of the Americas have reported the presence of the virus.

You can find the very latest information about the Zika virus from the World Health Organisation and the most up-to-date Foreign Office travel advice.