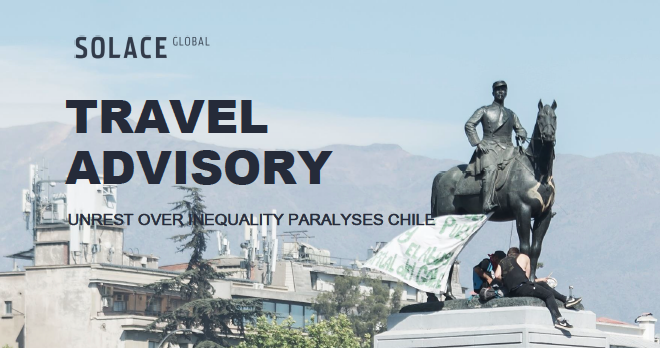 Chile has seen a series of violent protests in recent days that have resulted in a deterioration of the security environment. The military and police have used tear gas against protesters in an effort to disperse the demonstrations. Additionally, while curfews have been imposed in major cities the unrest continues. At least 18 people have died in the unrest thus far.

While the unrest started with only small protests against the rise in public transportation fares, which has since been rescinded, these small protests quickly grew into large scale demonstrations by the end of last week. They also turned violent, with riots and clashes between police and protesters occurring frequently.

President Sebastian Pinera, who was only elected last year, has responded by deploying more than 10,000 troops in the largest operation since the dictatorship of Augusto Pinochet more than three decades ago. A state of emergency has also been put in place in multiple locations since 18 October and is expected to last at least 15 days.